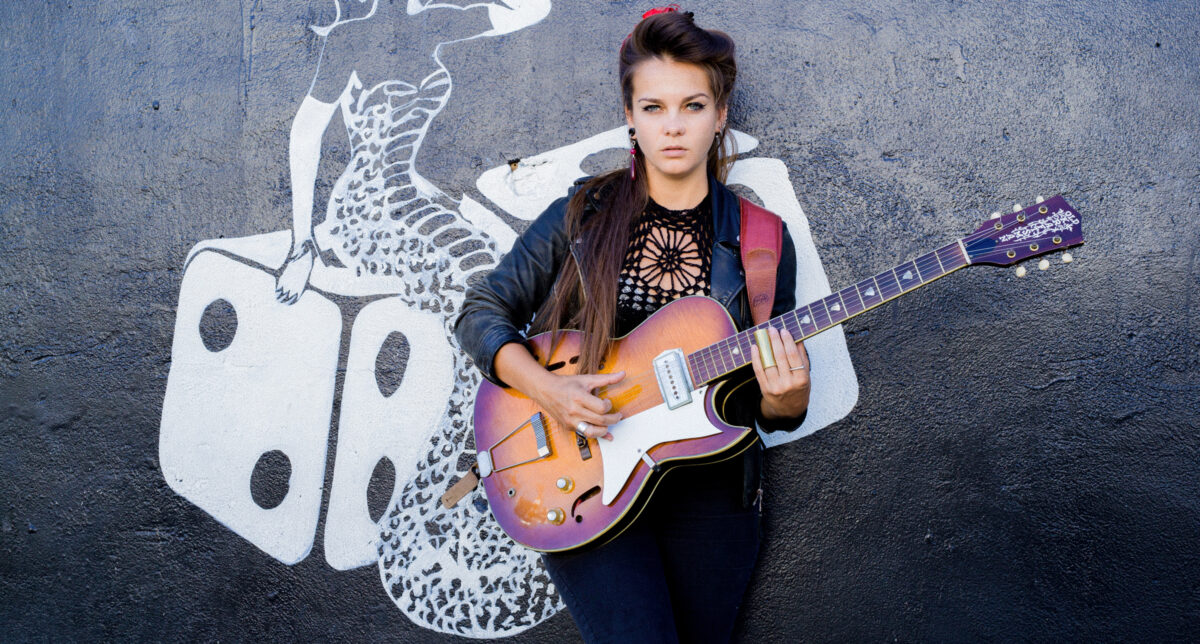 Never underestimate the power of a woman with her back to the wall. In March 2020, as Covid blew across the planet, the shutters came down on live venues and

Never underestimate the power of a woman with her back to the wall. In March 2020, as Covid blew across the planet, the shutters came down on live venues and recording studios, and the music scene fell suddenly silent, Ghalia Volt faced the same dilemma as every other artist. What now?

The answer was One Woman Band.

Having joined with the cream of the US roots scene for two acclaimed albums, 2017’s Let The Demons Out and 2019’s Mississppi Blend, Volt’s rebirth as a solo performer wasn’t a decision made lightly. But if an apprenticeship busking in her native Brussels taught Volt anything, it’s that she already had everything she needed to make magic. “In March, I started playing on a real drum set,” she recalls. “Playing a kick, snare and hi-hat plus a tambourine with my two feet, while playing slide/guitar and singing at the same time.”

After road-testing the new format at shows across Mississippi, Volt realised that one was the magic number. In August, she committed to the project, embarking on a month-long Amtrak train trip that became an intensive writing session, the shifting landscapes beyond the window inspiring her pen to scratch as never before.

Tracked live in November at Memphis’s legendary Royal Sound Studios, One Woman Band is Volt’s most lyrically honest and groove-driven material to date. You can feel the turn of those train wheels in the addictive stomp of songs like Reap What You Sow, while the rattle-and-shiver slide guitar of Espiritu Papago evokes the scream of a locomotive whistle. “Imagine John Lee Hooker on mushrooms, lost in the desert of Arizona, on a hot summer day,” says Volt. “That’s the vibe of that song.”

The Covid-19 pandemic is an unprecedented chapter of human history, with no clear end in sight. But Ghalia Volt has given us the soundtrack to better times ahead, and the songs we’ll still be singing when we meet on the other side. This might be a One Woman Band – but you’re always welcome to ride shotgun.